The legalization of recreational cannabis was a cause for celebration in Canada last October. This most recent October marked another significant milestone in legalization as cannabis edibles are finally legal… kind of.

This is obviously huge for the industry has many consumers prefer edibles and have been forced to abstain from using them if they wished to stay within the legal framework. This also opens the door for edible manufacturers to make their mark and establish their names in the industry.

As a consumer, what can you expect from these changes?

The Current State of Cannabis Edibles in Canada

As of October 17, the production, sales, and use of cannabis edibles (including drinks) are now legal in Canada. This also includes extracts such as hash and shatter, as well as topicals such as balms and lotions. However, there are new regulations though that consumers have to be aware of before flocking to their nearest dispensaries.

First off, while they are legal to now make, they are not actually available in any stores. The October 17th date meant companies could put in their application to start making the edibles and begin the process. So the earliest you can expect to see edibles in the stores is December and that may require somewhat of a Christmas miracle but I’m not holding my breath.

As you’ve likely noticed, edibles can still be found in most online dispensaries, such as Just Cannabis. We believe people should have safe access to trusted cannabis and that includes edibles.

It is important to note that strict regulations have been imposed on cannabis edibles, to the dismay of many potential consumers. According to Health Canada, one package of cannabis edibles should not exceed more than 1000mg THC, which is pretty standard, however, the limit of each piece cannot exceed 10mg. This limit is also extended to packages of cannabis-infused beverages, with the addition that the drink must not contain alcohol. This means that if each package is going to get the most out of the limit, they would have to provide 100 individual pieces per pack which are bound to produce a considerable amount more waste for packaging.

While the strict limits of 10mg THC per serving can help reduce the risk of developing adverse side effects, many are not happy with the restriction. For a large number of consumers, especially those using it for medicinal purposes, they need far more than 10mg of THC to achieve the level they desire.

Furthermore, the government is dead set on making cannabis edibles less appealing to children and underage consumers. This restriction is completely understandable, of course, since it can help prevent accidental consumption. There have already been numerous cases of children eating their parent’s edibles because they thought they were candy, which can be traumatic as their young minds are not able to handle the THC.

However, this means we may have to say bye-bye to edibles that contain sweeteners like sugar. This restriction also includes edibles that might pique the interest of underage consumers on account of their shape, color or flavor.

Finally, if you live in Quebec, know that most cannabis edibles won’t be available in your region despite federal legalization. The local government in Quebec insists on continuing its mission of protecting its citizens from the dangerous cannabis plant and all the crime that comes with it. In case my sarcasm is not clear enough; Quebec needs to smoke a joint and relax a little. The province already bans people from growing cannabis at home, so why not pile this onto the rest of the archaic rules why we’re at it?! The country has federally legalized cannabis, yet authorities in Quebec keep insisting on more restrictions. Even as I write this blog, Quebec has just voted to ban most public smoking and raised the legal age to purchase and consume cannabis from 18 to 21.

While there is a lot of science that supports the idea of waiting to use cannabis until you are in you are no longer a teenager, 18-year-olds can still purchase and consume alcohol, which has proven, without fail, to be far more deadly and physically damaging than cannabis. This can’t be simply a safety issue. Why is cannabis so heavily demonized when the more guilty culprit is given some of the most lenient consumption laws in the country?

While these restrictions may seem… well, restrictive, analysts are still predicting a strong demand for legal edibles. Some even say the edibles industry could balloon into a $2.7 billion market in the years to come. 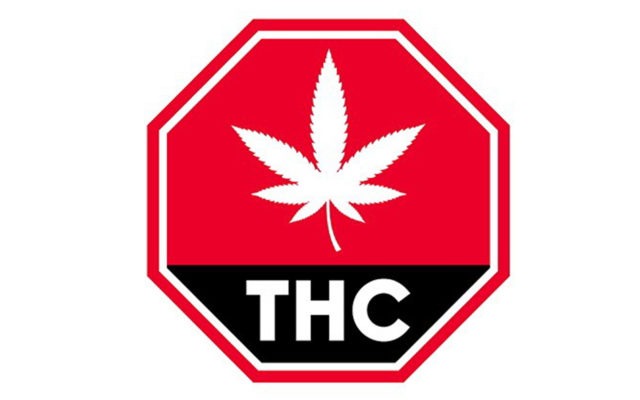 The legalization of cannabis edibles was received positively but problems existed early on.

One of the biggest concerns of edibles consumers is potency. With the 10mg per piece THC limit, some say that the dosage is just not enough to produce a high. This forces the person to consume a much higher amount of edibles, just to achieve the same amount of THC they had prior to legalization. If a user is taking 200mg a day to achieve their desired level, should they be expected to eat 20 edibles just to reach their desired high? The idea would be laughable if it were not so frustrating.

Why does the government not trust adults to make the right decisions for their bodies when it comes to THC, especially when the same consideration is not given to alcohol? While the claim may be that they are concerned about people experiencing adverse effects, products like Bacardi 151 are still available to Canadian adults, even 18-year-olds in Quebec. Drinking too much alcohol can kill you. Taking too much THC will give you a panic attack at worst. Where is the logic here? Both are being sold by the government as recreational substances. Why should one substance be permitted where another is not?

Another concern raised by many people is underage consumers and their access to cannabis edibles. The packaging of some cannabis edibles is undeniably attractive and appealing to children and a lot of the edibles containing sugar taste just like candy. However, adults are responsible for their cannabis products and keeping them away from their children. The question should not be; ‘Is a bag of medicated gummies appealing to a child?’. Of course they are. They are appealing to everyone. That’s why they made them that way.

The question that needs to be asked is ‘How/why did the child get their hands on products that are only sold to adults?’. Should the country not be able to eat edibles with sugar in them because some parents can’t keep track of their THC cookies? The shelves of hardware stores are lined with colourful products and cleaning agents, many of which can be visually appealing to children. The world is full of dangerous things that present themselves as harmless. A parents responsibility is to educate their child and physically protect them from danger, not create rules for other adults to follow in case their children break them or they forget their edibles on the counter.

If the concern is teenagers using them, then sorry to break it to you, but they are not taking edibles because they taste like chocolate, they are taking them because they want to get high. The issue is not the sugar content or taste, it’s access to cannabis in the first place.

There are some that argue that if the government insists on banning edibles with sugar and visually appealing packages, why not create edibles that are not appealing to children. Have medicated black olives and pickled capers. While many who suggest this may be doing so partly in jest, there are some considerations that actually give the argument weight. If its a question of having limited potency vs a less appealing taste, I will take cilantro flavoured 100mg mints any day if its means I don’t have to eat 10 just to get the same effect.

Proper Education is a Must

Lack of awareness of cannabis edibles’ effects is also a concern. Consumers, especially beginners to cannabis edibles, should understand the difference between cannabis-infused foods and beverages and smoking or vaping. Below are some of their notable differences:

The onset of effects: You won’t immediately feel the effects of cannabis edibles. You have to wait a while (half an hour to a couple of hours) before you feel the onset of its effects. This is because the edibles have to pass through and be processed by your digestive system and liver. A lack of education on edibles and the process of digestion leads to overconsumption which will make you more vulnerable to THC’s negative side effects.

Duration of effects: Depending on your metabolism, the effects of cannabis edibles can last a long time, compared to smoking and vaping weed.

Despite the restrictions and concerns regarding cannabis edibles, many people are excited and looking forward to new products. The beverage industry, in particular, seems to be very popular. Canopy Growth, a leader in cannabis-derived products, is gearing up to roll out several cannabis beverages. These also include low-calorie cannabis-infused beverages.

Another big player in the Canadian cannabis market is Aurora Cannabis. Already well known as a major figure in the industry; they will also launch their own line of cannabis edibles products, including baked goodies as well as chocolates. They’re also developing their own brand of cannabis-infused beverages.

Hexo has partnered with Molson Coors Brewing to create its own line of cannabis-infused beverages and edibles. They’re already popular for their medical and recreational cannabis products that are popular across Canada.

Top Cannabis Edibles You Can Order Online in Canada

Consumers wishing to purchase the government-approved edibles have a few months to wait before we can get our hands on them. That said even when they come to legal stores, they are likely to leave you wanting more. We believe in carrying the best edibles available, made from the highest quality ingredients and cannabis, that offer consistent doses ranging from low to high. We believe adults have the right to choose what the best product for their needs are, without having to restrict your choices:

Cara Melts Indica
Perfect for micro-dosing (starting very small) on the go, or for a night in, these Cara Melts are some of our most popular edibles.

Mota Black Milk Chocolate Cube
An edible that is ideal for both those using cannabis medicinally and experienced recreational users looking for higher percentages of THC. Definitely not for beginners!

Cannabis consumers are now more health-conscious and are looking for healthier alternatives to smoking. Cannabis edibles and cannabis-infused beverages give them a way to enjoy cannabis without the dangers of inhaling harmful byproducts. It is unclear what the future holds in regards to government-approved cannabis but rest assured; you can always find reliable edibles on trusted online dispensaries like Just Cannabis.

The views expressed in this blog do not necessarily represent those of Just Cannabis and its employees.