Hash is one of those words that has existed in the cannabis lexicon for a very long time. Whether the people smoking hash actually referred to it as such or not, the practice of either ingesting or smoking concentrated cannabis resin is a long-time tradition in many cultures.

If you have not had the pleasure of experiencing hash yet, it is the simplest type of cannabis concentrate made from the resin or kief of the female cannabis plant.  The flowers from mature as well as unpollinated female cannabis plants are harvested, and the resin glands then extracted. The result is either dry, crumbly, brittle, hard as a rock or soft and pliable. Basically, hash can come in many shapes and sizes and there is no best one out there. Like all things cannabis; it is a matter of personal preference. The colors of hash typically range from dark brown to light brown hues.

The resin or hash may be pressed into small blocks or cakes, which can also be manufactured further into gooey and viscous oil, used in dabbing. This beautiful concentrate can also be smoked using e-cigarettes or added to joints meaning there’s always an enjoyable way to consume hash. Some people even choose to go old school and ‘hot knife’ their hash. This is when a knife is heated on an element. You drop a piece of hash on the red hot metal and inhale the vapor that rises off it. While a little shady, and kind of gross tasting, hot knifing is a time tested tradition.

Hash is considered stronger than smoking straight flowers since the glands collected contain most of the cannabinoids and terpenes found in the plant. Experts believe that hash contains about 20% to 60% THC, which is why extra caution is needed when using this or any type of concentrate. That said, a hash is likely the least intense of the smokable concentrates and for many people, offers a more chilled out high than other extracts. As with any concentrate, a small amount can go a long way.

Where does hash come from?

The exact history of when people started using hash is unknown. However, its origins can be traced back to North India, as well as Nepal. Ancient people from these regions used to produce hash (known locally as charas) and utilized it in their rituals and ceremonies.

The term “hashish” first appeared in 1123 CE in an ancient Egyptian pamphlet that mentioned hashish-eaters. Smoking hashish was not common then. During that time, it was more often consumed as an edible. Smoking hash only became common in the 1500s when people began cultivating and smoking tobacco, eventually mixing the two.

Travelers from the East carried the practice of creating and using hashish to the West in the 18th century. By the 19th century, hashish became a popular drug of choice among Europe’s elite. It also became medicine to treat various ailments, particularly pain.

Unfortunately, as the 20th century rolled in, hashish as a treatment and medicine for diseases began to lose its popularity. Its use as a medicine completely disappeared when cannabis was later prohibited worldwide.

Now cannabis, and along with it, is having a comeback. More countries are again legalizing its use as a medicine and recreational substance. In Canada, for example, you’ll find online dispensaries such as Just Cannabis selling cannabis-derived products, including hash.

Hash is a beautiful thing for many reasons, with one being that it can be produced at home. It’s really not that hard to make your own hashish. In fact, there are several methods that you can try, the most common of which is the dry sift method.

It is best to keep the cannabis stored in a cool place (but not too cold!). You want the trichomes and stalks to be somewhat brittle making them easier to remove from the plant matter. If the plant matter is kept too cold however the chlorophyll will spread into the trichomes, ruining the purity of your hash.

The smallest and finest resins are considered top-grade hash. So, the more screens you use with varying microns, the better your product will be.

MAKE SURE YOU ARE GENTLE THROUGHOUT THE SCREENING. If you push too hard the plant matter will break off and be sifted as well. You want as little green as possible in your hash. 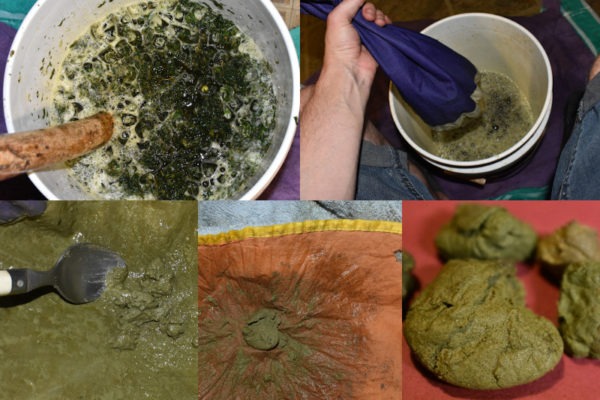 Your last bag will contain the finest resins.

Note: Do not mix the different piles of resins so as not to contaminate their quality.

You can cure both types of hash, similar to how you would cure fresh cannabis.

How to Store Hash

These methods give you varying qualities of resin or kief. To store your hashish, simply press the concentrate into small cakes, blocks, or spheres, but only do this though if you’re sure it’s free of excess moisture. Excess moisture can easily spoil the resins or kief.

Store your homemade hashish in an airtight container, and keep the container inside your refrigerator. The low temperature and low humidity can help slow down the degradation process. Remember, cannabinoids easily degrade when exposed to light, heat, and oxygen.

The dry-sift and bubble bag methods are only two methods of creating your own hashish. There are other methods you can try as well like hand-rolling or using a mechanical drum. They all work well in extracting the resin, but the hand-rolling method can be pretty messy and time-consuming however the hand-rolling method is definitely the most DIY as you only need your hands and cannabis. Some of the best hash in the world was originally hand-rolled such as Malana Cream. 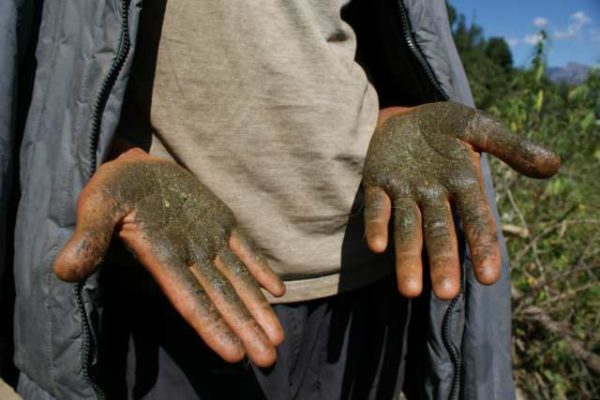 Hashish is pretty potent, compared to simply smoking the bud. So if you’re new to this type of concentrate, be sure to start low and go slow. Remember, a small amount of hashish can go a long way.