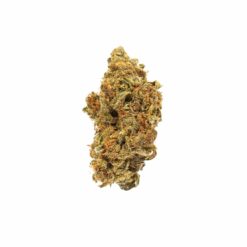 Romulan is one of the highly potent marijuana strains today. It is an indica-dominant strain whose sedating and narcotic-like effects can knock you off. It also doubles up as a strange strain with its parent strain unknown. The indica levels in this strain average 79% while the sativa occupies just 21%.

On the other hand, the THC levels average 18%. In some cases, the THC might go as high as 20%, which is potent enough to leave you with sedation-like symptoms. On the other, most of the strains might contain as low as 0% CBD, unearthing the mystery behind the THC’s high potency levels.

People would joke that smoking a joint from this strain could leave one with a “dent head,” hence the name. Smoking this unique weed strain activates the spirit of hunger, making you scavenge for any available food. Overdosing on this strain might lead to chronic headaches, paranoia, and a combo of dizziness and sleepiness.

The pistils in this strain are hairy and orange in color. On the other hand, the buds are well-packed and dense. The buds also contain heavy trichomes that act as the hub for the THC.

Other outstanding features in this marijuana strain include the unique fragrance and aroma. The combination of earthy, spicy, woodsy, earthy, and sweet notes makes this strain a force to reckon to every marijuana enthusiast.

Another outstanding feature of this marijuana strain is that it can grow and yield high indoors and outdoors.  In order for the strain to yield optimally, it must be in a warm and dry climate.

The buds from this cannabis strain are well-packed and dense, and this translates to high yield. The buds might have a range of shades, ranging from copper to light green. On the other hand, the pistils take a cool brassy-orange shadow, with minute hairs to boot. The sugary leaves from this strain appear frosty, making the plant a sight to behold.

Romulan might not be the ideal strain for people who are picky for fragrance. The smells of old clothes with piney and dead skunk notes.

The aroma of this weed strain contains a whole package of aroma. The strain boasts of a combination of pine, hash, and pepper. You can also enjoy the abundant notes of citrus funk, earthy skunk, and woodsy. After exhaling the smoke, your mouth remains with a unique sweet taste that can last the whole day.

Romulan marijuana is rich in numerous positive effects. Like any other indica-dominant strain, Romulan contains sedative effects. However, this special strain relaxes your brain after a long day at work. Second, it contains similar high effects to narcotics. A few munchies or puffs are enough to catapult you to a new level of “highness.”

Using this strain also pushes you to a unique level of happiness. The light-headedness that sets in after using the marijuana is enough to keep you happy and drown all sorrows away.

Most indica strains give users side effects, and Romulan is not an exception. When you take large quantities of this strain, chances of knocking offshoot high. You might also drop asleep on your couch, and this could adversely affect your productivity.

Another common side effect of this strain is cottonmouth. When you smoke Romulan, the saliva levels reduce, leading to a dry mouth. It is, therefore, advisable to take enough fluids before getting into a session.

Other side effects include itchy eyes and nose, and headache. However, taking marijuana in moderation and also using enough fluids can solve this problem.

Please note that most of the side effects are mild and only last for a short period. Unless the effects go overboard, you should not worry too much about them.

There is an abrupt demand for Romulan strain, and it is not due to its sedating effects. On the contrary, this trend is necessitated by health benefits. The high THC content in this strain helps in managing chronic pain and inflammation.

Whether you are battling a disorder or looking for the thrill of marijuana, Romulan should be in your bucket list. The strain does not only offer unmatched qualities but is also easy to grow. However, it is prudent to check on the dosage lest it knocks you off.

Be the first to review “Romulan +” Cancel reply 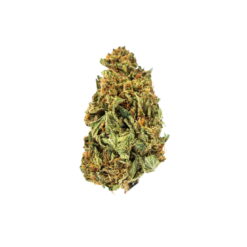 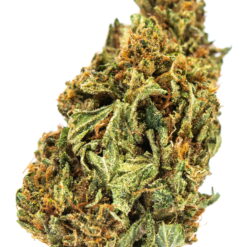 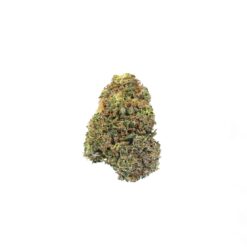 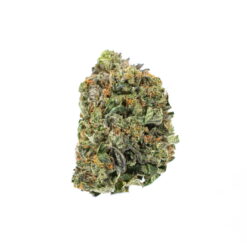 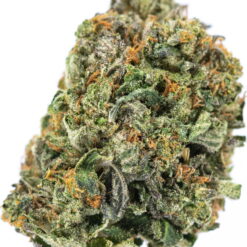 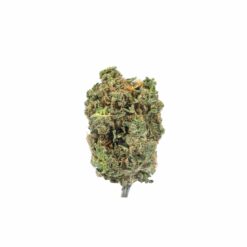