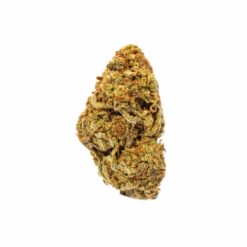 Gelato strain is an Indica dominant hybrid since it comprises 55% indica and 45% sativa. Created through a cross of Thin Mint Girl Scout Cookies and Sunset Sherbet strains, this infamous cannabis strain is known for its potent effects powered by a high THC level. Besides having an average THC level of about 20%, this strain derives its name from an Italian word for ice cream.

It is a dank dankenstein weed strain that is amongst the best-tasting and strongest strains on the market. Created in California, this strain provides potent effects. Thus, novices should smoke it with caution since it might blow the mind.

Besides boosting the user’s mood, this Marijuana strain can also increase the user’s focus and energy levels. By melting the day’s stress, this strain can help people be a normal state in the evening to enjoy family or friends’ company.

Gelato strain can treat several health problems, like muscle spasms, fatigue, persistent pain, and post-traumatic stress disorder. Isn’t this amazing? Continue reading this review to know other benefits that come with this strain.

The nugs of this strain buds are large and lumpy. As well, such nugs have a dense structure that looks like a grape-shaped forest. What is more interesting is that sticky, visible resin droplets cover the orange and rich purple nugs’ hairs.

Some individuals refer to Gelato as a purple Gelato because of its batches with an increased base area and purple tones. Other people have nicknamed this strain the Mango Gelato strain because of its terpene that gives a mango-like aroma.

Gelato strain has a lavender, sweet berries, and citrus aroma. Typically, when you break this strain’s nugs and smoke it, you will get a fragrance that is sickly sweet accompanied by a lavender citrus berry posy with woody effects.

Although the taste of Gelato strain is less distinct than its aroma, it is truly a good taste. Typically, this strain has a sweet dairy taste with berries or citrus accented by a lavender. As well, the strain’s flavour can be similar to a sweet sherbet accompanied by orange and fruity blueberry tastes.

Gelato is known for its potent effects. Typically, this slightly indica dominant hybrid can provide a heavy head high, and it will not leave you couch-locked. Its initial effect is a cerebral head rush, hitting your forehead with elevated euphoria and increased focused energy.

While the head high gradually builds, body high starts to kick in slowly and wash over you to leave you calm and completely relaxed with a sense of wellness and tranquillity. Thus, these potent and well-balanced effects make this strain an ideal product for people suffering from various ailments, including PTSD, headaches, and depression.

Even with the powerful positive effects that Gelato offers, Gelato strain also had some adverse effects. It can lead to cottonmouth and dry eyes. You can counter these unpleasant effects by drinking plenty of hydrating fluids.

It is advisable to take such fluid even before consuming this train, during consuming, and after use. Paranoia and anxiety are other side effects that are linked to this strain. Therefore, make sure to consume the strain, considering your tolerance levels to reduce anxiety and paranoia effects.

The potent effects of Gelato strain are responsible for its medical use. People who are suffering from muscle spasms, fatigue, and persistent pain benefit from Gelato. Proper use of the product can help such people forget such health issues to go about their daily chores pain-free.

As well, the strain helps treat fibromyalgia, headaches, and inflammation. This strain enables people struggling with such issues to have a restful night to wake up an energized and better person by helping with insomnia. This strain can restore mental health by treating mental issues like depression, post-traumatic stress disorder, and bipolar disorder.

Some health conditions can lead to loss of appetite. Fortunately, Gelato strain helps with loss of appetite, which, in turn, can help people with such health issues consume the required type of food. Such people can recover faster to lead a normal life.

This is a hybrid strain that various people can use since it is slightly indica. Consuming Gelato provides focused energy, relaxation, and happiness. These effects, coupled with its ability to treat various health conditions, make this strain a potent product.

However, it is advisable to try this product to know if it works for the intended purpose and cause no or minimal side effects. Although it is quite challenging to find it outside California, you can find this strain in Amsterdam.

Be the first to review “Gelato +” Cancel reply 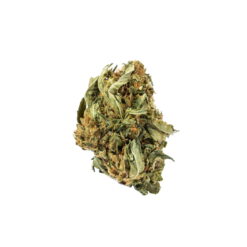 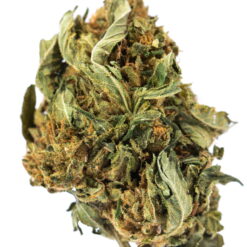 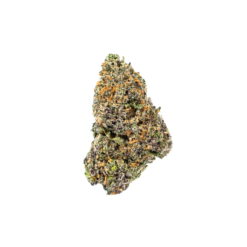 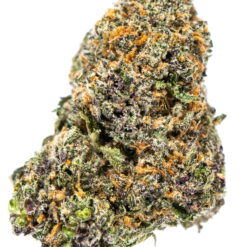 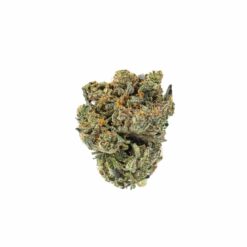