The multi-award-winning Strain, Critical Kush, is a cross between Critical Mass and OG Kush strains. This Strain won first place in 2015 in the indoors/hydro Champions Cup, Sponnabis Barcelona. Moreover, it also won the top ten most popular Strain in Germany, the top ten best Kush strains, the maximum ten highest yields and an award in the top ten Indica.  It was created by Barney’s farm, Amsterdam based growers.

Its high is cerebral, which is both mental and physical. The high gives one a full-body relaxation and a soothing mental effect. Critical Strain brings a relaxation effect that spreads through the limbs and the core. Due to its euphoric effects, it makes one happy and uplifted.  Its THC level ranges from 16- 29%. Critical Kush strain is a heavy Indica dominant with 90% Indica and 10% Sativa.

With the spicy aroma that comes with Critical Kush, users confessed that it is not possible to be discreet after inhalation. Indoor growers may invest in odour control measures like carbon air filters due to its pungent smell. It gives out a rich scent of fuel that has earthy notes and herbal undertones which has a rich citrus and lemon aroma.

Critical Kush strain can be grown both indoors and outdoors. When grown outdoors, it requires a humid climate with temperatures ranging from 72-80 degrees Fahrenheit. In outdoor settings, temperate and hot environments are preferable. The Critical Kush plant tends to be bushy, so pruning is required to allow sunlight to pave through. This plant takes 7-8 weeks to peak when grown in indoor settings and around late September to early October in the outdoor environment.  It yields 21 ounces per square meter and 23 ounces per plant.

This Kush has fluffy, densely packed buds, which are popcorn shaped with light mint green nugs. The leaves are a light shade of green with deep orange hairs, rich purple undertones and a network of shiny trichomes. Its layer of translucent trichomes makes the buds broad and challenging to break up without a grinder.

Upon grinding, the Critical Kush strain produces citrus aroma, which tends to be savoury, spicy, woody, dank and hashy. It emits a dank, earthy odour when the flowers are properly cured. On combustion, Critical Kush burns with a harsh and acrid smoke leaving your eyes and sinuses stinging.

On exhale the thick smoke tastes like pine, herbal, spicy, fruity and woody. It contains a mix of sweet lemon pie and citrus flavours.

The high of Critical Kush is long-lasting and soothing hence an ideal strain for relaxing both the mental and the body. It has relaxing effects hence good for calming down your nerves. The euphoric effects in this Strain will leave you happy and in a cheerful mood. Due to its sedative effects, it is so good for serenading one into a deep sleep.

Upon over-dozing Critical Kush strain, it puts one in the couch lock. Many users have experienced cotton mouth after the intake of this Marijuana strain. It is, therefore, for the users to take plenty of fluids to avoid dehydration.  In the case of dry and itchy eyes, it is advisable to use eye drops. Some users have reported paranoia and dizziness after the consumption of this Strain.

Thanks to the CBD level in the Critical Kush strain, it is said to have several medicinal effects on users. Its mood-elevating results are excellent in relief of stress, depression, hypertension and any other mental related issue. It is for people with panic disorders due to its soothing and relaxing effects. The sedative and numbing effects in the Critical Kush strain is a good remedy for chronic pain, spinal cord injury, migraines, arthritis and asthma. It also helps with minor irritations like nausea and headaches, boosting appetite and a perfect remedy for treating insomnia.

All in all, Critical Kush is a tremendous strain among many strains. It has many medicinal benefits to its users. The soothing and relaxing effects found in these strain help in relieving stress, depression, PTSD and anxiety. It is a remedy for sleeping, panic, eating, and bipolar disorder. Due to its sedative effects, it can ease chronic pain, migraines, spinal cord injury and headaches, among others. 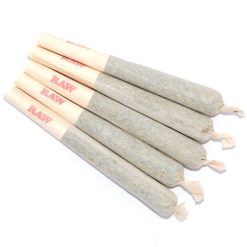 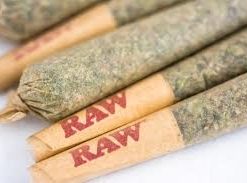