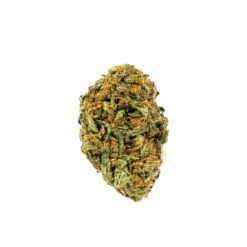 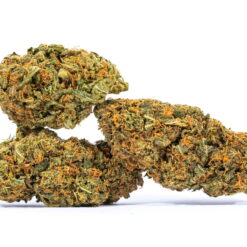 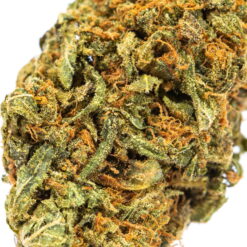 Blue God Marijuana strain is an Indica dominant strain with strong narcotic effects. It has purple-tinted leaves freckled in frosty resin. With age, Blue God emits a berry aroma and a flavour comparable to grapes. Blue God hybrid has a reasonably potent THC level of between 14% to 20% and is famous for inducing sleep while relieving body pain. Its sedative effects make it best for nightly consumption as it improves your mood significantly while relaxing the mind.

It is a cross of Blueberry and God Bud. The Cannabis Strain is bred in Canada by Jordan of the Islands and is named after a Hindu Deity called Krishna. This Kush is easy to grow, thus great for new weed growers.

Both indoor and outdoor farming favors its cultivation. It has thick leaves that have dark purple buds. This Kush has a flowering time of between 7-9 weeks for indoor cultivation and an outdoor harvest expected from around late September to early October in a Mediterranean-like climate. This weed’s typical Indica stature makes it great for indoor cultivation. For indoor gardening, it grows to about 3-4 feet tall and 8-12 feet for outdoor cultivation. The hybrid successfully yields 14 to 18 ounces on every square meter planted indoors and about 18 ounces for outdoor plantation.

This Marijuana Strain delivers a mild mental high with a tingly sensation, accompanied by a euphoric feeling. Its mild mental euphoria takes over, and a numbing physical bliss creeps slowly into the body. This effect makes users feel a wave of relaxation throughout the body.

Blue God Marijuana Strain has dense buds that appear purple green and also have a high resin production with a trichome blanket that makes the dried flower appear lustrous upon maturity. Its parent plant, blueberry, comes strong on the palate. When broken, the buds give off an earthy and dank odor. It has a harsh smoke that quickly expands while inducing a cough.

Kush and grape take the dominant notes in both the taste and smell of this strain. Blue God has a pungent odor and adopts a delightful scent from its parental plant. Hence, its earthy aroma comes with a sweet fruity smell of blueberry that has a herbal undertone.

A great scent accompanies this strain. Upon inhaling, the Cannabis produces a rich berry flavour, of similar nature to the blueberry. It is generally characterized as sweet with some fruity-floral aftertaste and a touch of spiced bubble gum.

It induces a deep and relaxing high with a passive body-mind melting effect, which significantly uplifts your mood, thus helping relieve stress while alleviating depression. The high slowly creeps up, slowing down your breathing while relaxing the muscle tension. It has more psychedelic mental effects compared to the cerebral effects.

The users get to enjoy a deep full night sleep while alleviating muscle pain and cramps. Generally, it’s spacey-stoned feeling impedes any sense of focus. Its tranquilizing effects are useful for anxiety, insomnia, and chronic pain.

The Blue God, just like any other Marijuana, has mild side effects, which include dry mouth and eyes. Ensure your body is frequently hydrated to mitigate the adverse effects of this Weed Strain. Buy a moisturizing eye dropper from a local drug store, as it will help in the moisturizing of the eyes, thus prevent drying.

This Weed Strain may exhibit other effects such as dizziness, paranoia, and headaches, though it happens rarely. Often, excessive consumption of Marijuana catalyzes these actions. Since it is quite potent, novice users should use it in small amounts.

Apart from giving recreational users a relaxing experience, the strain is useful to medical cannabis users. Among the main reasons for its use is assisting patients in alleviating pain symptoms while inducing a deep relaxation feeling that reduces stress.

There are reports of increased appetite among its users. This effect significantly assists patients who lack the desire to eat, primarily due to medical treatments such as chemotherapy.

It is more of a knockout Marijuana Strain than a motivator and is fully packed despite its low THC level content. Due to its couch-lock effect, consider hanging out at home compared to engaging in outdoor activities. Blue God comes with great power, so its users shouldn’t undervalue its potency, as it may result in an overwhelming stony couch-lock effect.

Be the first to review “Blue God” Cancel reply 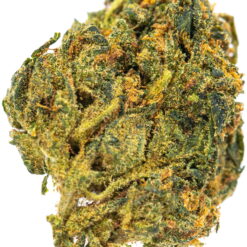 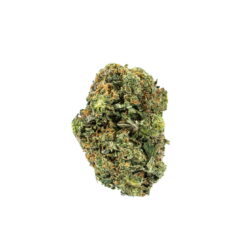 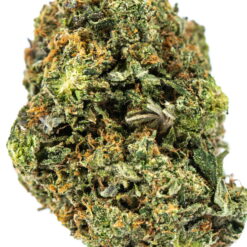