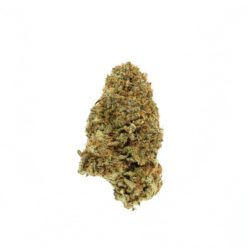 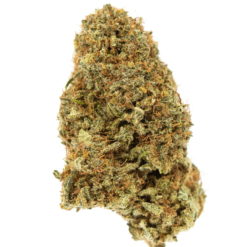 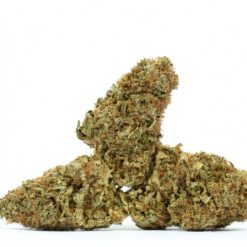 For more than two decades, the White Widow weed strain has been making rounds worldwide due to its high potency. From being sold in American indica dispensaries to numerous Dutch and Amsterdam quaint coffee shops, this legendary strain has indeed earned its spot. Although its parents’ specific geographic origin remains a mystery, White Widow strain has developed into one of the most notable marijuana strains consumed for recreation and therapeutic purposes globally. White Widow is a Sativa dominant (60% Sativa / 40% indica) hybrid marijuana strain that originated from the chemistry between a Brazilian Sativa dominant strain and a South Indian indica.

The most commonly told legend about its descent involves Shantibaba, a famous breeder and founder of Green House Seed Company. Rumor has it that Shantibaba was on vacation when he came across the mother plant, a Brazilian Sativa strain. He then sourced the father plant, a South Indian Indica, in the mountains of Kerala. Although it’s just a myth, most people have come to accept it as the true origin of the White Widow.

The indica market was predominantly filled with hybrids such as the Haze strain and the Northern Lights in its debut. However, its unique qualities and remarkable high allowed White Widow to have a place next to other legendary strains. This strain contains an average THC of 20%, enough to keep seasoned smokers content while stirring the newbies just enough to explore its limits. White Widow weed strain is mostly loved for its resin production inherited from its paternal side, the South Indian Indica strain, not to mention its powerful stimulating effects.

The structure of the White Widow’s plant is more sativa than indica. The buds of the White Widow strain appear to be paler than other weed strains, even in maturity. With the nugs coated in sugar-like crystals. These are the two unique features that led to its appellation.

The nugs present a somewhat loose and fluffy texture, although they are stronger than they look. Its pale but scented flowers are usually covered by a dense coat of snow-white, crystal-like long trichomes.

White Widow Indica strain produces an intense fragrance reminiscent of woody, earthy tones blended with herbal and spicy traces. The fruity aspect White Widow strain has been in debate for a while now, with some users feeling that it is more in the aroma while others claim that it’s mostly patent in the flavor. Well, it makes for an exciting thing to find out the next time you indulge. For those who trace the fruity aspect in the aroma, they liken it to the blend of tropical fruits or the burst of freshly-squeezed orange juice.

When the first wave of smoke hits your throat, sweet citrus’ taste comes forth but is quickly camouflaged by more savory tangs of wood, earth, and flowers. The blend of flavors awakens your senses, getting you in the right mood for a more positive smoking experience.

The White Widow cannabis strain became an international sensation after winning the High Times Cannabis Cup award in 1995. It has also clinched several awards over the years. For whatever reason, the White Widow strain continues to garner positive reviews from satisfied users for its excellence in dispelling confusion.

The strain high kicks in with a unique potent surge of energy breaks. It also inspires thought-provoking ideas, which can be ideal while engaging in social gatherings. On average, the strain can last for up to 2 hours.

The high amount of THC (20%) found in the White Widow weed strain has been found to produce a very potent cerebral high that you would typically associate with sativa dominant strains. This makes the overall high to last for much longer when compared to other cannabis dominant strains.

The strain high produces a well-balanced euphoric boost to keep you productive, alert while leaving you reasonably relaxed. The strain allows you to become acutely aware of your immediate surroundings and more tuned to sounds and patterns that would otherwise go unnoticed. If smoked in moderation, you will experience a boost in your moods, creativity, and calm.

One of the most commonly acknowledged side effects of the White Widow indica strain is dehydration most apparent in the mouth and eyes’ drying. Drinking plenty of fluids before, during, and after the smoking session can quickly resolve the situation. If the dryness in the eyes persists, you could use moisturizing eye drops. A few users have reported mild paranoia and anxiety, while others reported mild headaches and dizziness after overindulging.

To this day, White Widow is a darling among recreational users, therapeutic users, and serious weed breeders worldwide. This is due to its remarkable combination of many physical and mental effects. It’s also a parent to some popular strains such as the White Russian strain and the Blue Widow strain.

White Widow cannabis strain is effective in remedying several health issues, including PTSD and hepatitis C, among others. This strain is also an excellent analgesic, therefore, ideal for those suffering from chronic pain, aches, and migraines. The high cerebral effect of the White Widow cannabis strain is perfect for relieving anxiety and depression. The sativa aspect of this strain helps in uplifting the user’s mood. When the downturn sets in, users experience a big appetite, which can benefit them.

Only a few marijuana strains in the world have gained the status achieved by the White Widow indica strain. A potent sativa dominant hybrid with incredible aroma, delightful flavor, numerous physical, and medical benefits, White Widow, is a force to reckon with in the cannabis world. For pros and newbies alike, one should not underestimate the high potency of this strain. The user must consume it with a lot of care and caution.

Be the first to review “White Widow” Cancel reply 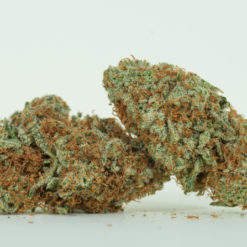