King Louis XIII Weed, also referred to as King Lewie, is an Indica-leaning hybrid originating from crossing OG Kush and LA Confidential. It is a rare Marijuana Strain found in selected dispensaries. It also has an average THC level of between 22% and 24%.

King Louis XIII Cannabis Strain has a deep musky aroma and some spicy earth bits with occasionally intense lemon zest. This Marijuana’s paternal plant OG Kush has a similar high. It also has a potent high that takes effect almost immediately after use. It creates a euphoric and happy feeling that launches your mind to a hazy and blissful state. This Weed uplifts your mood, leaving the body sedated with a sleepy sensation, resulting in a couch-lock effect that leaves you relaxed and at peace.

These effects render King Louis XIII Weed Strain an ultimate option for treating underlying conditions such as depression, insomnia, anxiety, mood swings, and chronic pain. Its progressive effects have made it receive positive reviews from both its recreational and medical users.

Just as its paternal plant, it is packed with a calming heavy-body effect, accompanying its classic Kush flavour. It has a spicy-sweet taste that has subtle hints of earthy Kush and piney-lemon.  Its extreme piney-aroma taste with a slight hint of berries makes any OG-lover crave those grown in an ideal environment. Indoors and outdoor cultivation is practiced on this Marijuana Strain. The flowering period of about 60 days is experienced with indoor cultivation. Beginner growers find it difficult to grow, although it records high yield.

King Louis XIII plant has segmented branches similar to the tomato cluster on a vine. It has circular and dense calyx, which form an attractive pillar of sinsemilla. King Louis XIII Marijuana Strain has a thick raisin coat with rare purple spots, which give off a brighter color compared to most OG strains. Its buds produce a musky pine aroma with a skunky-diesel scent.

Although it has a rubbery and piney smell with a touch of spicy punch, this strain gives off a sweet apple-like fruity scent. It often exhibits woody and spicy notes, suggestive of sandalwood oil. The throat experiences a harsh tingling sensation due to the Weed’s smoke.

It is not quite intense as its scent suggests. The strain has a calming flavour for those grown in the right and acceptable conditions, with its complex element profile combining to make a floral taste. A smooth and woody back-end breaks up its sweet earthy balance.

It has intense effects on the user, leaving them with a nostalgic feeling, a shared characteristic with its paternal plant. This Cannabis gives off a deep relaxation, which often results in a deep slumber. Its stony effect will set in fast and escalate, offering deep sedation that causes a couch-lock impact often important for insomniac patients.

Like other Marijuana Strains, King Louis XIII has recorded effects such as dizziness, headache, dry mouth, and eyes. Ensure the body remains adequately hydrated before and after consuming the Weed to manage the negative impacts properly. Have an excellent moisturizing eye dropper to keep the eyes well moisturized at all times. Consider purchasing the eyedropper from a recognized and reliable local drug store.

Similar to most Marijuana Strains, Louis XIII provides several positive medical applications. Its profound relaxation effect helps alleviate anxiety and stress. For the insomnia patients, the sedative nature of King Louis XIII comes in handy as it guarantees you a peaceful, full-night sleep and gets you feeling rejuvenated and refreshed, ready to face the day.

The Weed Strain also delivers pain-relieving effects, therefore useful to individuals suffering from joint pains, migraines, backaches, and muscle cramps. Its potent THC level makes it a heavy hitter compared to other strains, especially when it comes to its medical properties.

The powerful effects of King Louis XIII make it ideal for evening or off-day consumption. It provides an excellent solution to individuals who experience sleep deprivation as it gives a knock-out effect in no time. Its positive effects outweigh its adverse effects by far, thus considered a darling to both the users and growers. 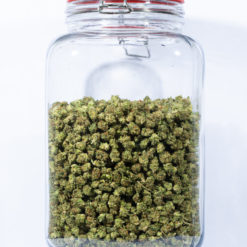 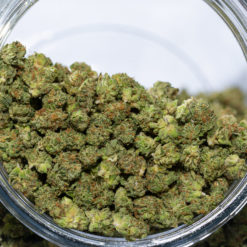